Despoliation, a cinematic poem Teaching creativity: born that way or waiting for the muse?

a good voice is hard to find

Flannery O’ Connor’s short story ‘A good man is hard to find’ is a palpable lesson in the creation of narrative voice. Another term often  used for voice is ‘style’ since we can locate voice at the level of sentence in the way the author puts words together to create the voices of characters. Even if the narrator is outside the story, this voice gets created in a similar way. In ‘A good man…’ the narrative voice is integral in establishing the parameters of the story and in providing orientation for the reader by virtue of transporting us so convincingly into the time and place of its characters from America’s South because of the way they speak.

Voice, at the same time, is a shadowy concept. It’s this intangible quality that has many writers struggling. Nevertheless, trying to articulate this struggle for ourselves  – maybe as something to explore in a journal – can lead us down fascinating paths.

In her teaching of creative writing O’Connor advocated for character-based fiction and the imperative of creating a palpable physical world on the page for the reader as opposed to using our characters as vehicles for our ideas or to send a message….Milan Kundera put this in a slightly different way, saying that there was no place for dogma in fiction. In fiction we are in the realm of hypothesis not ideas. We need to operate in the realm of the physical, no matter how fantastical this physical world is.

A book by Al Alvarez called The Writer’s voice is a great study on voice via Plath, Rhys, Shakespeare, Donne, Yeats and Coleridge. Jack Hodgins’ A passion for narrative: a guide for writing fiction has a great chapter on voice and point of view. 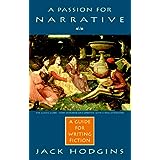 2 Responses to a good voice is hard to find